Home     Blog     More about Koreen    My Hypothyroid Journey    My Books
SCHEDULE an Aroma Freedom Session(s)
What is Aroma Freedom     FREE Resources     Meet my Highest Mentor
More About Our Puppies<3
This page is probably the most important page on this website. It is where I introduce you to
MY HIGHEST Mentor.
My life, marriage, children, business, health and eternal security would be nothing without HIM.
If you have not asked Jesus to come into your life it is so simple to do. Please take the time to keep reading and Pastor Keith Bates will tell you Just how simple it is <3
The ABCs of Salvation
Dear Reader,
Thank you for reading this book.  Would you consider some basic information concerning God’s provision for your salvation?  The ABC’s of Salvation is meant to show you how simple the Good News of Salvation is.  But before we look at the ABC’s, let us answer a spiritual question:
Are you 100% sure that you are saved from the penalty of sin?
God’s Word says you can know for sure your sins are forgiven and your future is in Heaven:
1 John 5:13 “These things have I written unto you that believe on the name of the Son of God; that ye may know that ye have eternal life, and that ye may believe on the name of the Son of God.”
If you answered “no” to this question, please consider The ABC’s of Salvation:
A             ACKNOWLEDGE—To Acknowledge is to Regard Truth
You must Acknowledge what God says About Your Sin:
You must Acknowledge what God says About His Son:
Would you Acknowledge before God that you are a sinner?
B             BELIEVE—To Believe is to Receive Truth
You must Believe on Jesus Christ alone for salvation:
Acts 16:31 “And they said, Believe on the Lord Jesus Christ, and thou shalt be saved, and thy house.”
John 3:36 “He that believeth on the Son hath everlasting life: and he that believeth not the Son shall not see life; but the wrath of God abideth on him.”
John 1:12 “But as many as received him, to them gave he power to become the sons of God, even to them that believe on his name:”
Would you Believe on the Lord Jesus Christ for your salvation from the penalty of sin?
C             CONFESS—To Confess is to Respond to the Truth
It is not enough to just have knowledge about God.  James 2:19 “Thou believest that there is one God; thou doest well: the devils also believe, and tremble.” The devils tremble with their knowledge of the Holy God.  You must do something with the Truth.
To repent is to turn your back on sin and turn to the Savior in faith.
Romans 10:13 “For whosoever shall call upon the name of the Lord shall be saved.”
Would you call on Jesus right now for salvation?  The gift of eternal life is being offered to you through Jesus Christ.  Will you receive it?
Romans 6:23 “For the wages of sin is death; but the gift of God is eternal life through Jesus Christ our Lord.”
1 John 5:11-12 “And this is the record, that God hath given to us eternal life, and this life is in his Son. He that hath the Son hath life; and he that hath not the Son of God hath not life.”
Pray from your heart something like this:
“Dear Lord,
I know I am a sinner and that I am deserving of hell.  I believe that Jesus is Your Son and that He came to die for me and shed His blood so my sins can be forgiven.  I believe Jesus Christ arose from the grave, conquering death for me.  I ask You to be my Saviour and forgive me of my sins.  Thank you for saving me right now and keeping Your Word. In the name of Jesus, Amen!”
If you called upon Jesus Christ to save you just now, we would love to know about it.  Please contact us at hello@koreenchandler.com so we can rejoice with you!  Let us know how we can pray for you and help you grow in your Christian life.
- ABCs of Salvations by Pastor Keith Bates
Pastor Keith Bates
& Ms.Julie Bates 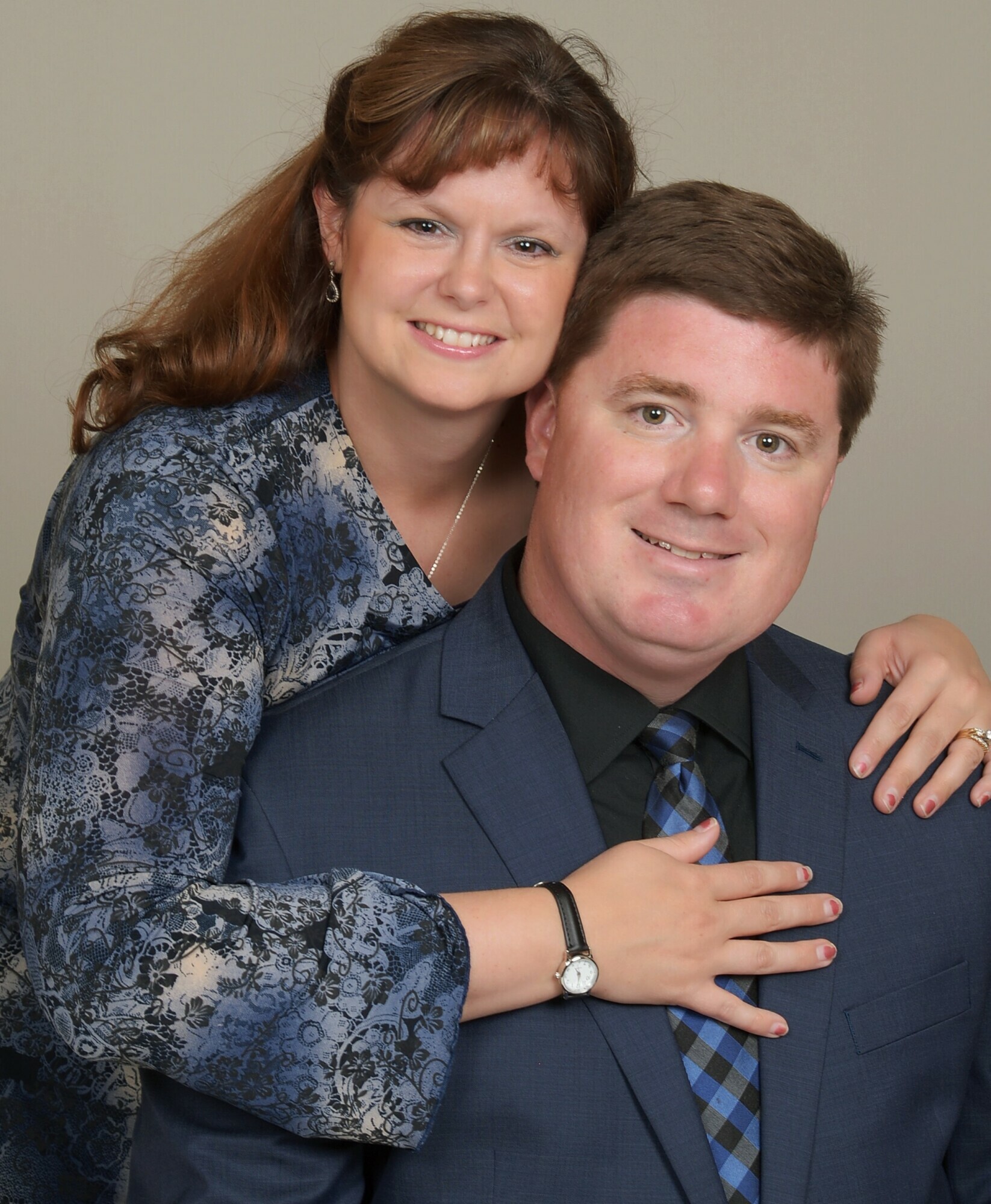 If you do not have a church home, The Bates and I would be honored for you to visit.
LOCALLY:
Penrose Baptist Church
502 Fremont St.
Penrose, CO. 81204
NOT LOCAL: We would be honored if you would join us on our live services, you can get more details by clicking here.

A Voice From Hell

"Oh, why am I here in this place of unrest
When others have entered the land of the blest? God's way of salvation was preached unto men; I heard it and heard it, again and again.

Why did I not listen and turn from my sin
And open my heart and let Jesus come in?
For vain earthly pleasures my soul did I sell--
The way I had chosen has brought me to hell.

I wish I were dreaming, but ah, it is true.
The way to be saved I had heard and I knew;
My time on the earth, oh, so quickly fled by,
How little I thought of the day I would die.

When God's Holy Spirit was pleading with me,
I hardened my heart and I turned from His plea.
The way that was sinful, the path that was wide,
I chose and I walked till the time that I died.

Eternally now, I must dwell in this place.
If I from my memory could but erase
The thoughts of my past which are haunting me so.
Oh, where is a refuge to which I can go?

This torture and suff'ring, how long can I stand?
For Satan and devils this only was planned.
God's refuge is Jesus, the One that I spurned;
He offered salvation, but from Him I turned.

My brothers and sisters I wish I could warn.
Far better 'twould be if I had not been born.
The price I must pay is too horrid to tell--
My life without God led directly to Hell."

Oh, soul without Christ, will these words be your cry?
God's Word so declares it that all men must die.
From hell and its terrors, Oh, flee while you may!
So, come to the Saviour; He'll save you today!

The Touch Of The Master's Hand

T'was battered and scarred, and the auctioneer

thought it hardly worth his while

To waste his time on the old violin,

but he held it up with a smile.

"What am I bidden, good folks", he cried,

"Who'll start the bidding for me?"

A dollar, a dollar, then two! Only two?

From the room far back, a grey-haired man

Came forward and picked up the bow;

Then, wiping the dust from the old violin,

And tightening up the strings,

He played a melody pure and sweet

As a caroling angel sings.

The music ceased, and the auctioneer,

With a voice that was quiet and low, said:

"What now am I bid for this old violin?"

As he held it up with the bow.

"A thousand dollars, and who'll make it two?"

And going and gone", said he.

The people cheered, but some of them cried,

"We do not quite understand, what changed its worth?"

"The Touch of the Master's Hand."

And many a man with life out of tune

And battered and scarred with sin,

Is auctioned cheap to the thoughtless crowd

A mess of pottage, a glass of wine;

A game - and he travels on.

He's going once, and going 'twice,

But the Master comes and the foolish crowd

Never can quite understand

The worth of a soul and the change that's wrought

By The Touch of the Master's Hand. 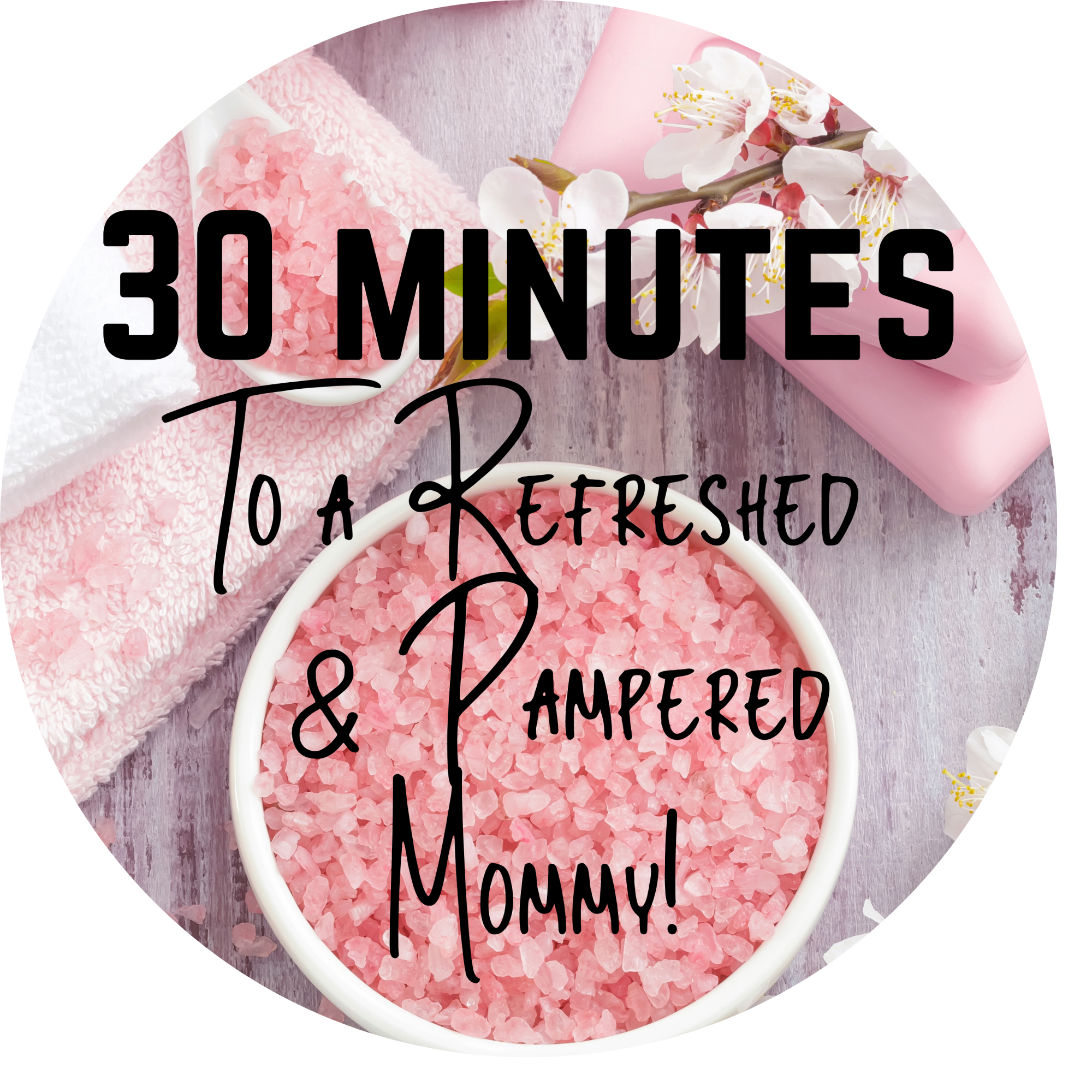 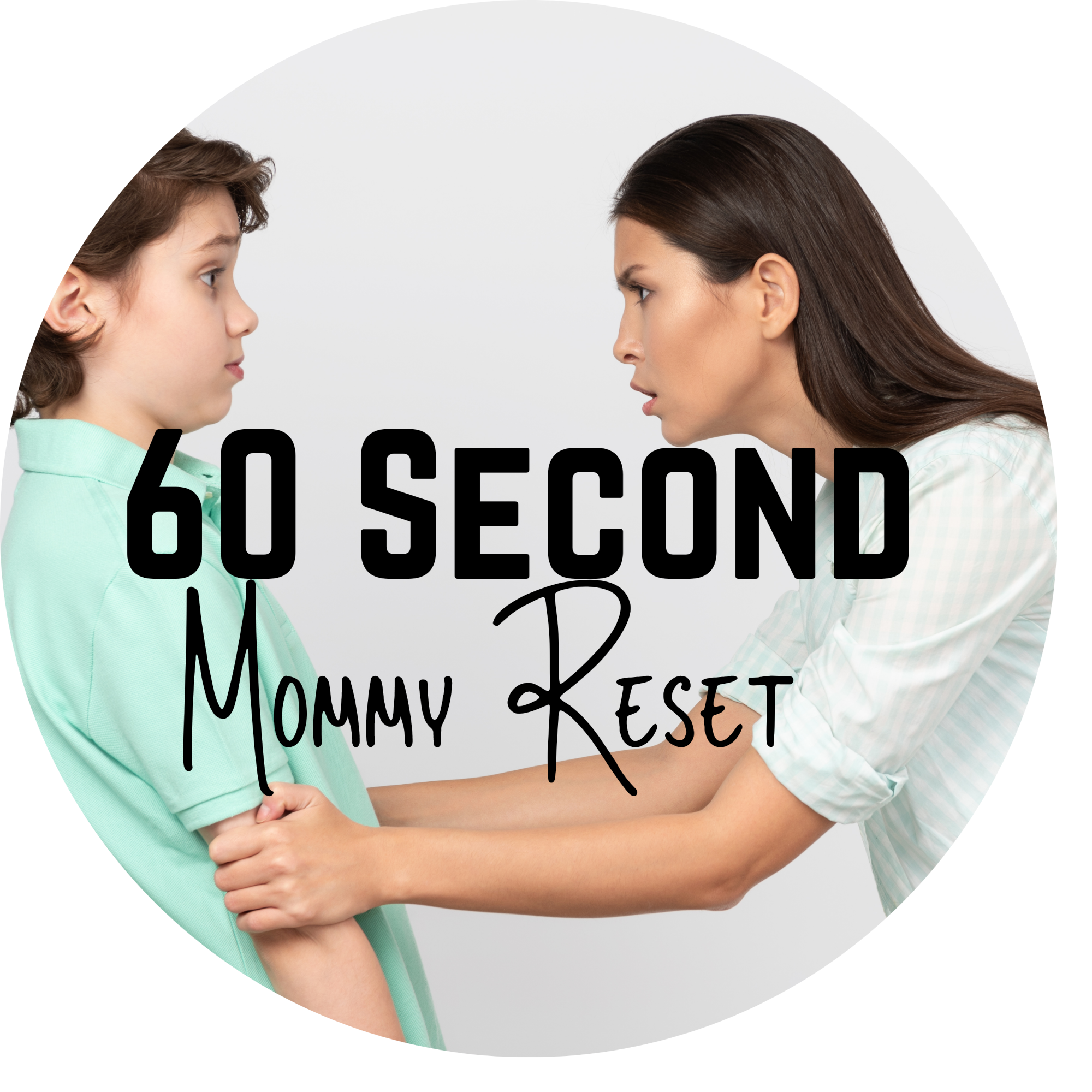 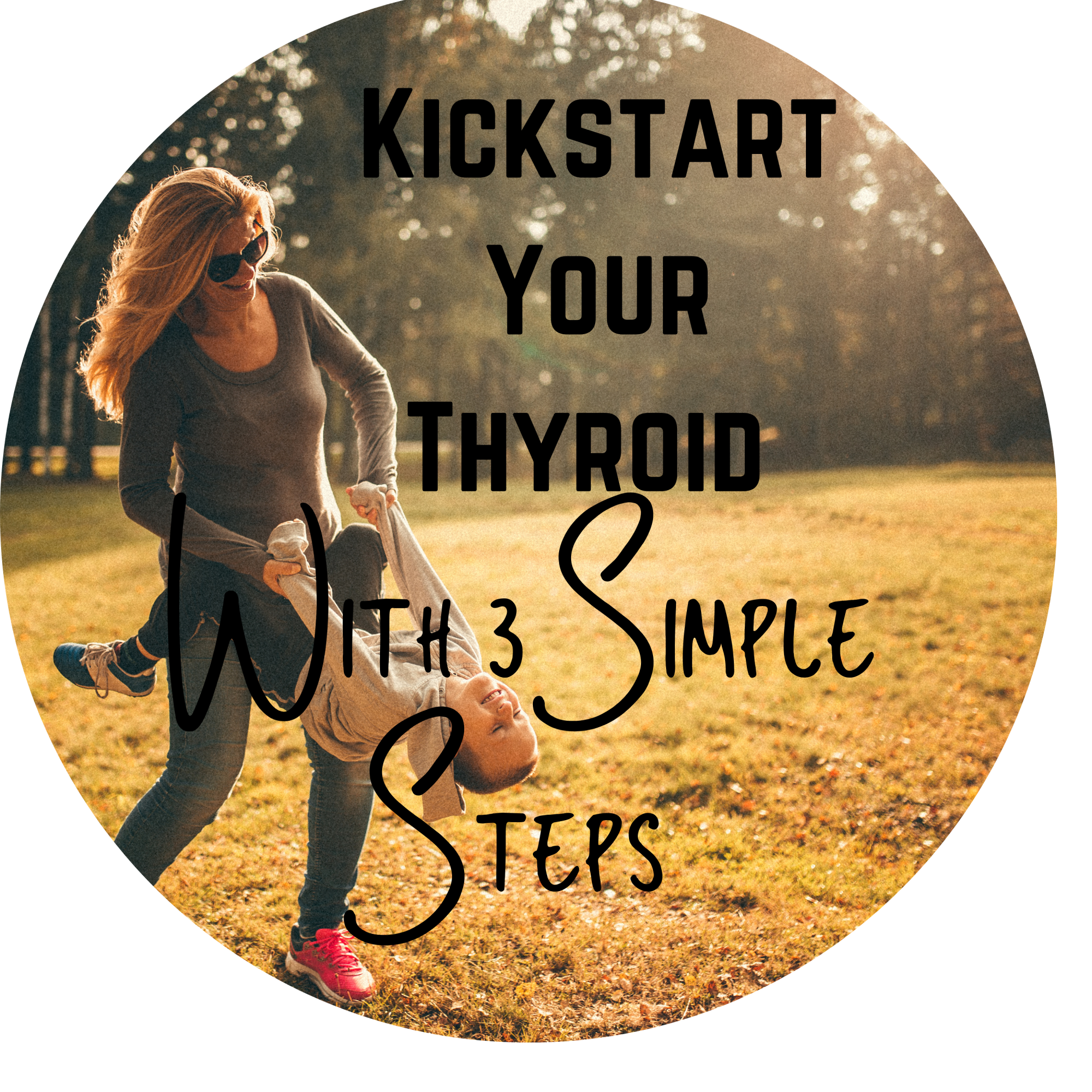 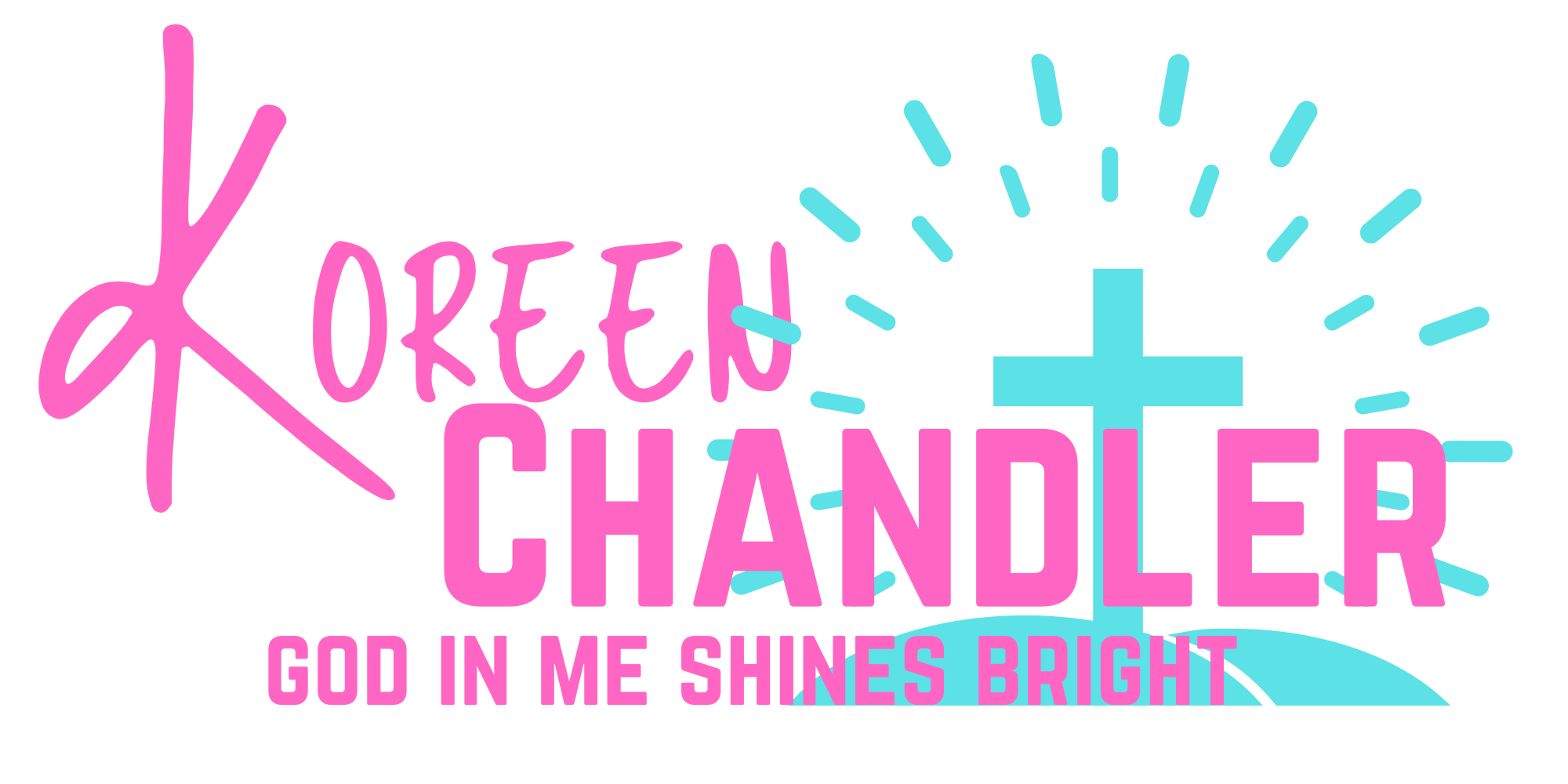 The information on this website is based on my research and personal use of Young Living essential oils. The statements made and the products mentioned on this website have not been evaluated by the Food and Drug Administration and are not intended to diagnose, treat, cure, or prevent any disease. Please read the full disclaimer here